From the trailer that is~

March was somewhat tough and I really didn't get anything done on the trailer at all.
I did manage to purchase some insulation, but nothing has actually progressed in the trailer since the last update on Feb 25th.

At the end of February my work announced layoffs coming for 60 of the 358 people in my group.
We would find out the third week of March who was getting the cut.. It was not to be based on seniority (I have 12+ years in) but rather "the best fit for the group going forward".

I was hesitant to spend any money on the camper with that uncertainty hanging over our heads. Well in the end God was gracious and I was not one of the people that were cut. So that burden was lifted but the last 2 weeks have been spent with sick kids and sick selves.. We made it all winter without major illness but the last couple weeks have been fevers, sore throats, stuffy heads etc.

We have no intention of fixing this one.. I'm taking the wings, the drip rails above the windows, emblems, lights, and rock guard. Maybe a couple other things.. My goal is to get the stuff I want off Monday and have it resold by Saturday. 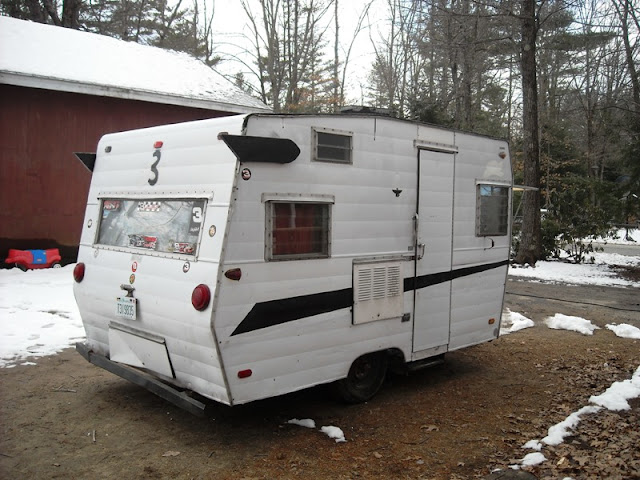 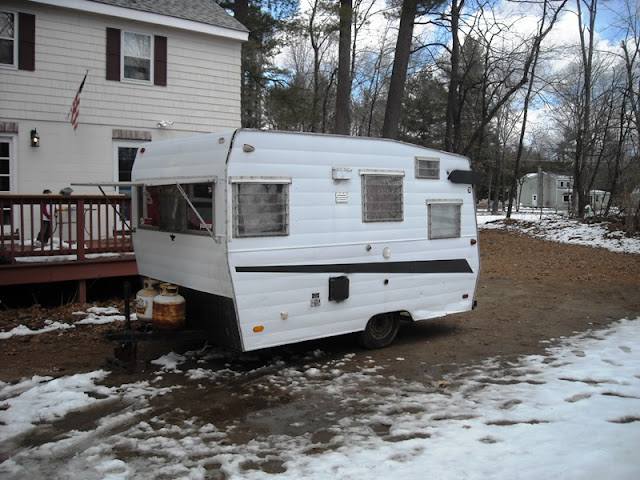 Yes, thats snow on the ground.. April Fools Day storm left 6 inches of heavy wet slush/snow on us. It melted down to what you see above in less than 48 hours.. and today it gone completely~ Goodbye Winter~!

Hope to get back to the Airflyte this week now that I know I'm still employed..
LOTS to do if we are actually going to camp this year :)
Posted by Kev at 11:37 AM 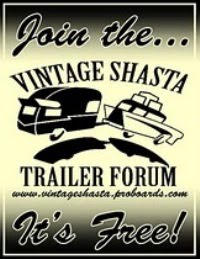 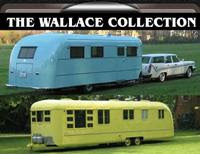